Guy Stern, beloved longtime T’chiyah member, is Distinguished Professor Emeritus of German Literature and Cultural History at Wayne State University.  Consummate teacher and scholar, he has a well-deserved international reputation and awards and honors too numerous to mention, He has shared his intellectual gifts with generations of students and colleagues worldwide  and he continues his work as Director of the Harry and Wanda Zekelman International Institute for the Righteous at the Holocaust Memorial Center in Farmington Hills.

At age 98, Guy Stern has published Invisible Ink. It is not a Holocaust memoir, though Stern's experiences during the Holocaust certainly had the most powerful impact on his life. Kim H. Kowalke, president of the Kurt Weill Foundation for Music, said it best in his comment about Dr. Stern’s memoir that chronicles his remarkable life: "Guy Stern is a survivor, soldier, hero, scholar, professor, and provost, but first and always, a 'mensch.' "

During this virtual event, Guy Stern will join us in conversation about his fascinating memoir: "Moving and unforgettable, Guy Stern's telling of his epic journey through a well-lived life serves as a monument to the triumph of the human spirit" (Bruce Henderson, New York Times best-selling author of Sons and Soldiers).

Whether or not you have read Guy Stern's memoir, this event will be memorable and enlightening.  Join us! 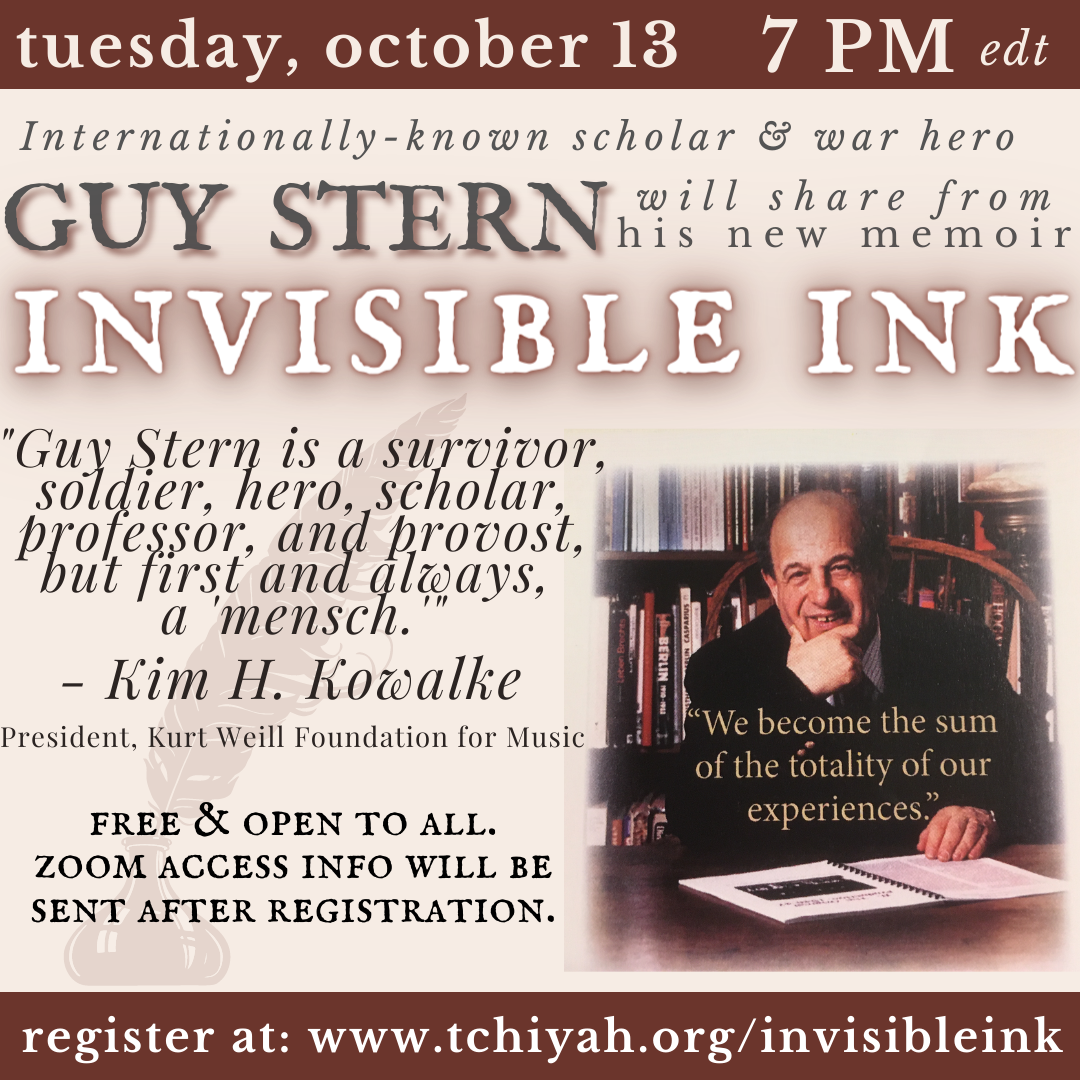 Use the form below to RSVP for this event. You will be sent Zoom access information closer to the day of the event. Please email [email protected] with any questions.