Our Rabbi, Staff and Board 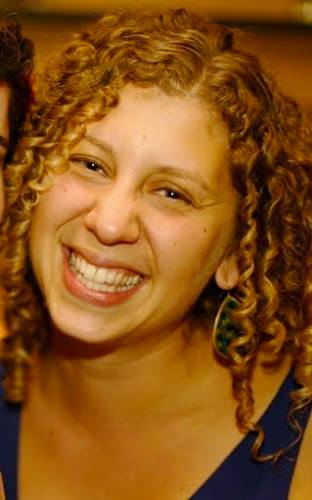 Since 2015, Rabbi Alana Alpert has led our community in prayer and protest as rabbi of Congregation T'chiyah and founding executive director of Detroit Jews for Justice.

Her partner Justin recently received his Ph.D. in Philosophy from the University of Memphis. A native of Jackson, Mississippi, he is part-time professor of philosophy and religion at several institutions in the Metro-Detroit area, a popular local educator, and the creator of the Esoterica web series. Ask him about Karl Marx, esoteric mysticism, and home-brewing.

Thanks to a generous grant from the D. Dan & Betty Kahn Foundation, T'chiyah has been supported by the full-time work of our Community Engagement Associate, Jake Ehrlich, since Spring 2018. A native of Long Island, New York, Jake has been a resident of Detroit and its environs since 2015. He holds a bachelors degree in comparative religious studies and a masters degree in interpersonal social work and Certificate in Jewish Communal Leadership from the University of Michigan School of Social Work.

As T'chiyah's sole staffer besides Rabbi Alana, Jake wears many hats. His primary responsibilities include: connecting with T'chiyahniks and prospective members in one-on-one meetings to learn about who they are and what they bring to our co-created community; supporting congregational teams like our Levites (Musical Daveners), neighborhood mutual aid groups, and LGBTQ+ Task Force; and designing edifying educational/social/spiritual programs to keep our congregants well-connected and meaningfully engaged with Jewish tradition.

He draws on his social work training to assist Rabbi Alana in providing pastoral care to congregants, and offers his experience as a songleader to enliven T'chiyah's Shabbat and holiday services with participatory music and song. (He also manages much of T'chiyah's administrative business, including social media, communications and database management.)

Jake is passionate about nourishing a creative, do-it-yourself ethos to religious practice, and enjoys studying anti-authoritarian political movements, singing folksongs, and gardening with his partner Nina and kiddo Oscar in their Detroit home. To schedule a one-to-one or to ask a question about pretty much anything T'chiyah-related, email TchiyahJake@gmail.com.

The following congregants are currently serving as trustees for the 2020-21 fiscal year: 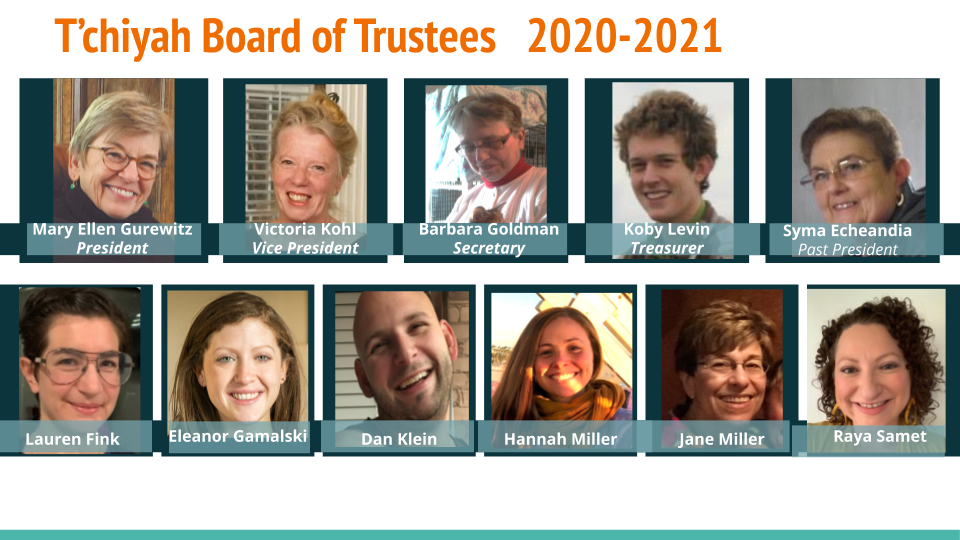